Hello! How are you guys?

But seriously. If you follow me on Instagram, you know I have talked a little about Arabella’s sleep issues and what we did to help with it, but I figured I would go into a little bit more depth here and explain everything a bit more clearly.

Let’s get into a bit of the backstory.

Initially, Arabella was a very good sleeper. She started out with her days and nights confused, but once we were able to get that sorted out, we worked on just extending her long sleep stretch. This took a lot of patience and effort on my behalf, but we were able to quickly get her at night to sleep as long as 7-8 hour stretches. Naps during the day remained hit or miss and were essentially anywhere we could get her to sleep and her bedtime was a bit all over the place too, but she stayed pretty consistent in at least giving us this for a while.

At around 7 weeks Arabella got her first shots and that is sort of when the tipping point began. Arabella had a very aggressive (and UNCOMMON) reaction to her initial vaccines. Most babies are just tired and occasionally fussy following these ones, but for us Arabella reacted much differently. She got her shots around noon that day and that evening she became inconsolable for about four to five hours. Most of this reaction I blame on the fact that we were discouraged from giving any sort of Tylenol (we were told to give only if she was febrile), when I asked what reactions to look out for, no one informed us of this one (because it is so uncommon), and lastly no one told us her leg would be sore. Finally, after about 3.5 hours, I did give her some Tylenol, but it then took us an hour an half to get her calmed down due to how worked up she was.

As a side note, I hate even saying that she had an unusual reaction to her vaccines because I don’t want to provide this as a ammunition against vaccines. I am a proponent of vaccines and support them 100%. Despite Arabella’s reaction, I would still repeat the scenario even with the information we had. JUST TO BE CLEAR.

Following this we started to notice Arabella starting to have difficulty with her feeds. She started consuming less and would be very very fussy while eating. This was definitely not normal for her and was sort of alarming to me. We also started noticing more wake ups at night and worse naps, but didn’t pay too much attention to this. I tried everything, assuming it was all related to feeding, but finally, after minimal success with bottle changes, formula and breast milk changes, burping, etc. I reached out and made an appt with her pediatrician at around 10 weeks (yes, we dealt with this for three weeks).

To make a long story short on that end, Arabella was extremely overly tired as a result of her initial shots. She was already overly tired prior to them, but the vaccines ended up causing a tipping point. We ended up implementing some techniques suggested, stop changing 6,000 things, and low and behold her feedings improved back to normal.

By 12 -13 weeks she was doing significantly better and it was around this time she started going to daycare.

Now, at this point Arabella is about 3 months. We did not implement any sort of sleep plan for Arabella until she was 5 months old, however it is important to indicate what all occurred between 3 months and five months for little miss: she got croup, she got RSV, we had a time change, she had her four month sleep cycle change, she got another cold, she figured out how to roll from her tummy to her back, and she figured out how to roll from her back to her tummy. Essentially, she experienced a new “challenge” every single week which disrupted her sleep significantly.

By the time we reached out to Lindsay my husband and I were tag teaming the nights. Arabella was waking 4, 5, 6, 7 times a night, sometimes she would be awake all night, other times she would be awake from 2 am on. It just varied on the day but there were many days or a string of days where I would have only gotten 10 hours of sleep total over multiple nights. Some nights I didn’t sleep at all. I reached a boiling point. We couldn’t do it anymore and I am sad we even let it get that far.

I honestly felt like a shell of a person. At the time, I was also at the peak of experiencing multiple postpartum complications, one of which was to require surgery, it was the holidays coming up, I was having numerous difficulties with pumping (I was an underproducer or in other words, not producing enough milk to cover Arabella’s daily intake) let alone the fact that I was pumping 6 times a day (40 min a piece), I was diagnosed with postpartum depression and anxiety, and basically any little thing that was asked of me on top of all that seemed impossible.

I tell you this not because I want sympathy but because I look back and wonder why I let it go so far?

Friends couldn’t relate, family told me to just “feed her” or “accept it” and to “sleep when the baby sleeps”, but better yet, many others had NO CLUE what was happening and expecting me to continue to show up in ways that seemed impossible. I was drowning, John was drowning…it was time to enlist some help.

I knew that sleep coaches were a thing because I had tried certain programs already. Clearly they weren’t working, so I knew I needed a little more one on one help. I did some research and came up with three. Lindsay and two others. Initially, Lindsay was booked, so I reached out to the two others. One never got back to me and the other one was one that I saw some other influencers recommend. They had so many good things to say about this person, so I reached out.

We spoke on the phone and I couldn’t have been more turned off. She didn’t care at all about how we got to where we were (which obviously has some back story), she didn’t care where I was personally, and she essentially had one fool-proof plan that worked for all babies (let’s get one thing clear, there is NO one size fits all for baby sleep #redflag). I felt like I had to go with her because I didn’t really have any options…

In the mean time Lindsay and I continued to talk back and forth on IG. She heard my story and ended up making room for me after a cancellation. We spoke on the phone and I knew immediately I had to work with her. She LISTENED to my story. She asked questions about me and Arabella and she had empathy for our situation. I felt heard and as a mom, that is so so undervalued. Sometimes you don’t need suggestions or feedback or even sympathy. Sometimes you just need to be heard and validated. Lindsay did just that.

After our phone conversation, we met in person and had a three hour meeting to discuss all the specifics. She taught me lots of different concepts about baby sleep and we talked about John and I’d various goals, our comfortability in pace setting, and our current routine.

Essentially, Lindsay explained to us that we were just dealt a bad deck of cards. Normally, most families get a break in between sleep disruptors, but for us we just kept getting sidelined which ultimately let to us fostering some bad sleep habits for Arabella. As a result, when she went through her sleep cycle adjustment at four months, those issues were then heightened because of the way we had “taught” Arabella to sleep.

Our goal was to simply teach her new, healthy sleep habits she can use for the rest of her life.

We implemented our specific family plan a little bit before Christmas.

We came across some roadblocks, like taking Arabella across the country (twice), but we are now two months out and I would say Arabella’s sleep has improved SIGNIFICANTLY.

I wouldn’t say we are at 100% because we are still working out a few things as a result of our travels, but I would say we are at about 85% which let me tell you, I will TAKE IT!

We have our life back, Arabella is thriving, and all is good at this point.

I feel like I can finally be the mom, wife, friend, employee, etc that I want to be and that is so huge. Not to mention the fact that sleep in babies this age is paramount in all aspects of their life. It impacts every part of their development and lack of it can contribute to problems later on in life. This is also true for me as an adult. Sleep is crucial in cell regeneration, motor function, mood, etc. Without it, so many aspects of our lives are affected.

I would love to complement this post with a collaboration post with Lindsay. You know, answer your questions, get more granular, etc. So, feel free to leave your question below and I will also do a question box on instagram too.

I hope this helped even just one of you, and know you can always reach out with an email, as well. 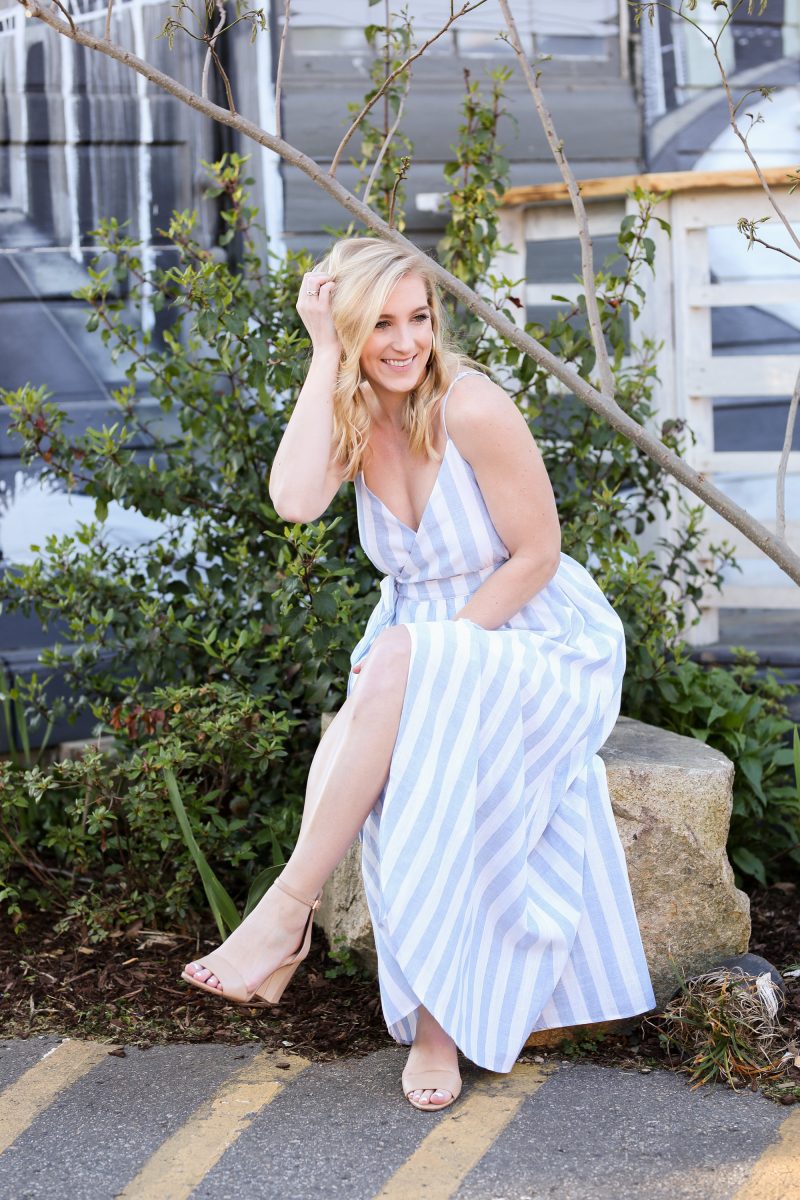